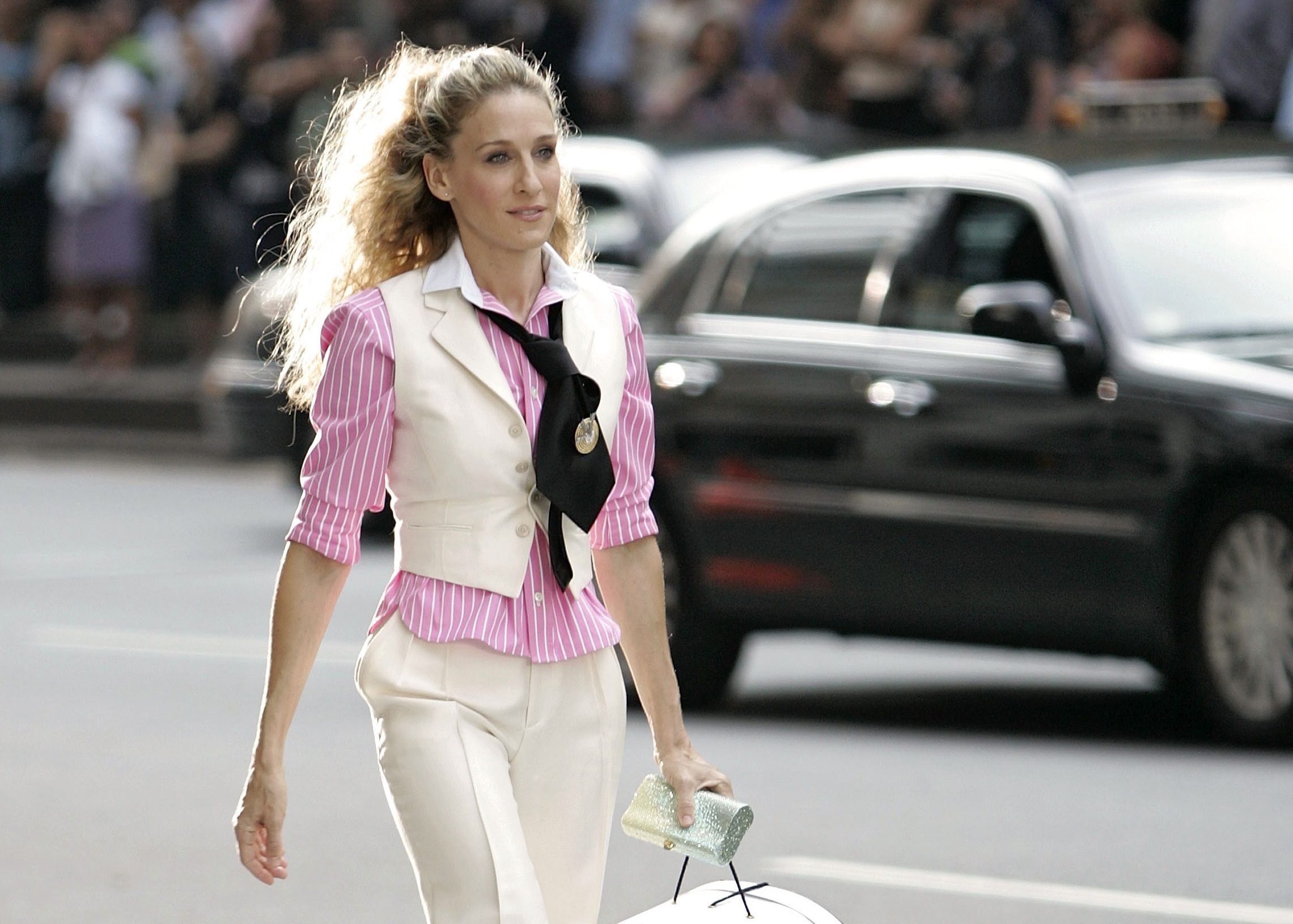 Carrie Bradshaw is the main character of the TV series “Sex in the City”. Apart from love affairs and unique female friendship we can admire unforgettable stylizations of Carrie, Samantha, Miranda and Charlotte. In the series we could see a lot of outfits which are a great lesson of style. Carrie and her friends have become a huge inspiration, especially for people who love fashion

Although “Sex in the City” premiered over 20 years ago, it still has a lot of fans and admirers all over the world. The character of Carrie Bradshaw has become one of the best dressed TV characters. Her style cannot be summed up in one sentence, the New Yorker columnist loved to play with fashion and the effect was often mind-blowing. Do you want to look like Carrie and impress everyone with your style? Find out the secrets to the fabulous look of this colourful character created by Sarah Jessica Parker in the TV series

5 Style Lessons We Can Learn From Carrie Bradshaw

Mixing seemingly incongruous elements together and creating fashion gems was Carrie Bradshaw’s real talent. Her crazy style and unconventional choices made each of her outfits unique and stand out from the rest. Moreover, the columnist excelled in combining exclusive clothes and accessories with vintage fashion. This type of outfit was created when Carrie wore a fur coat combined with white boots and pajamas. We can’t forget to mention that she brought with her a minimalist handbag and a hat trimmed with sparkling crystals

The dresses that Carrie has worn have always added to her chic and classy look. In proposals from top designers, her petite figure always looked very feminine. Bradshaw was not afraid of bold styles, which were often real works of art. Worth noting is the dress from Versace, which the heroine of the series wore when she moved to Paris. The costume designer of “Sex in the City” said in one interview that this is one of her favorite styles that she created while working on the set of the series

When looking through Carrie Bradshaw’s closet, you will come across many classic and timeless items. It can be a simple black coat, a masculine jacket or a suit, thanks to which we can create a brilliant total look. The columnist, despite her penchant for crazy styles, had plenty of versatile outfits that are still considered fashionable and stylish today. Therefore, Carrie’s way of dressing still remains an inspiration for many women, despite the fact that the series was already created two decades ago

The fashionista known from the series loved to play with fashion. She often chose very daring outfits, which are impossible to go unnoticed. But isn’t that what successful outfits are supposed to do? Carie was at her best in these uncompromising and daring outfits. The choice of her Vivienne Westwood wedding gown, which was absolutely phenomenal, may attest to that. Although the serial bride did not bring happiness

The scenes in the series where Carrie looked phenomenal are hard to count. The character could look great at any time of the day or night. The message from one of the best dressed TV characters is simple – when you have the opportunity, show your sex appeal and look great. Carrie’s nonchalance and unforced style makes you feel like experimenting with fashion, hairstyle or makeup and going for bold, unobvious combinations

The Best Clothing for Women Who Want to Be Comfortable and Fashionable!

Stylish And Eye-Catching: Inflatable Costumes For Your Next Halloween Rave